You may have not heard of it but there's a big number of Japanese and Chinese restaurants in Mexico City. In fact, some people might argue that Mexico City, also known as CDMX, has some of the best Japanese food outside of well, obviously Japan.

I've visited a large number of Japanese restaurants in Mexico City and decided to make a list of my favorite ones for eating ramen: Ramen Tour.

Ramen Tour is a collection of the places I recommend for people to try ramen.

CDMX is sometimes cheap when compared to other places in the world. You can have dinner at a really nice restaurant in CDMX for under USD $25 per person, which for comparison, is the salary of one week for many Mexicans. In most of these places, you should expect to pay from $5 to $10 for a bowl of ramen.

If you love ramen make sure you go to one of these places. There are more places for sushi and so on but I'm into ramen, so that's my list.

I haven't been to Japan yet, you may take my recommendations with a grain of salt but some of the places I've been to with have visited Japan and they seem to really like them. 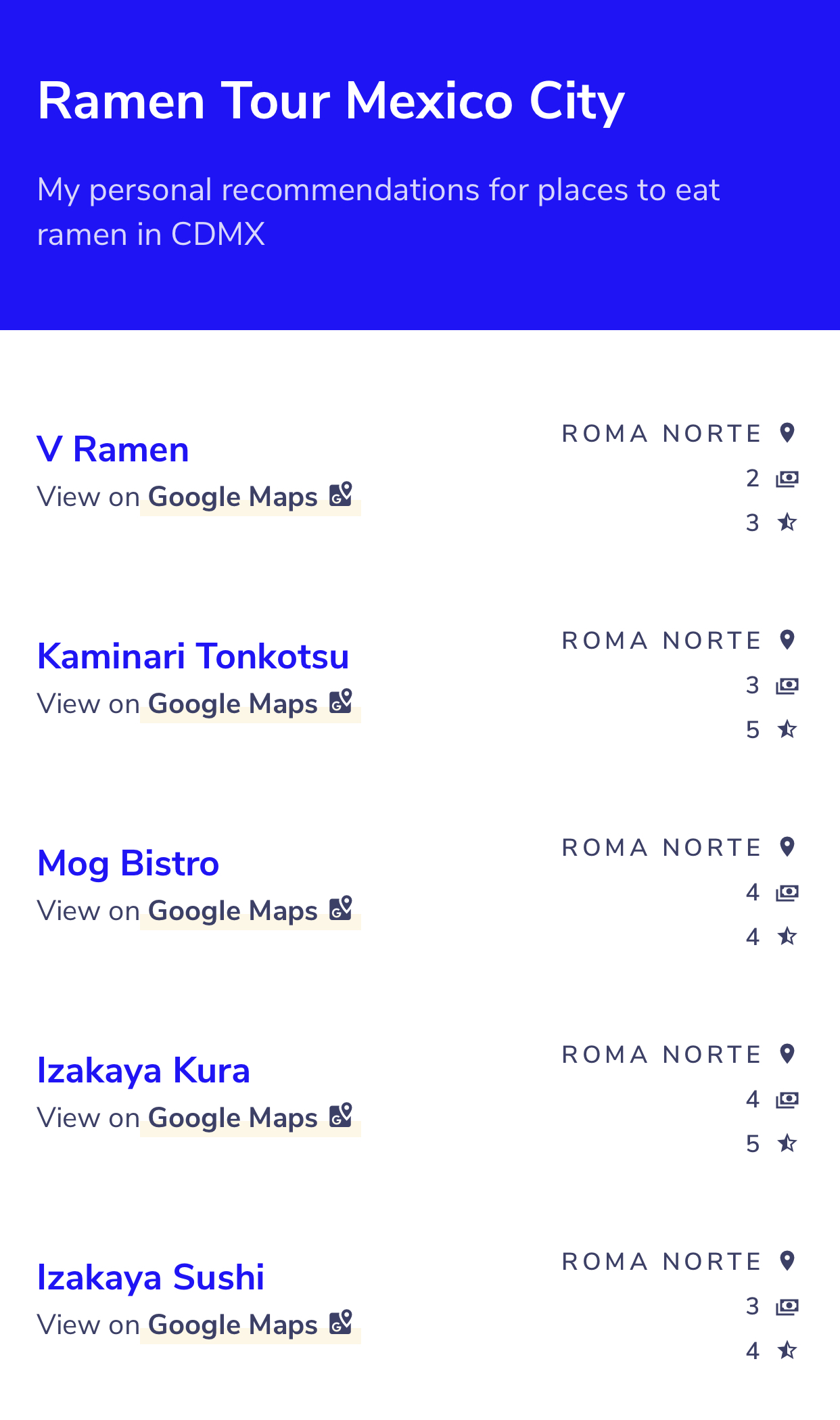