On September 19th, 2017 a major earthquake hit the southern region of my country. Mexico City was particularly affected by this earthquake. Many people lost their homes and sadly, many also lost their lives.

I was working on my company's building when the earthquake hit, it felt enormously powerful and we weren't allowed to go back into the office for the rest of the day. I and a group of friends walked down the streets of some neighborhoods when we realized there were many collapsed buildings and thousands of people trying to help in any way they could.

We tried to help by carrying bottles of water and food, we took water to someplace only to be told that there was already enough, but another place still needed it. We took the water to the new place and the same thing happened but told us that the first place was in need of it.

I realized that one of the main problems we were facing was lack of clear communication, everyone was posting whatever they heard on Twitter and Facebook but this information had been shared a thousand times by many accounts on their own, and most of it was not relevant in a matter of minutes.

At around 10:00 PM I brought this thought to my developer team from Resuelve and proposed we'd make a really simple web application that allowed us to centralize the information needed by the people trying to help.

We quickly decided on which features we could build really fast, split the responsibilities into front-end, back-end, and information gathering and started to work on it.

The base information was simple, we needed records of people that were in collapsed buildings so people could look for them and update the information as needed.

We planned 4 data points: people, buildings, shelters, and a map. The map idea was quickly dropped when a map on Google Maps was made available with precise GPS locations and tags of collapsed or damaged buildings.

As we were developing this platform one of us was gathering all the data they could from Facebook and Twitter and asking people for more information so we could populate our database, we went live at around 02:00 AM and asked the +1000 people in our company to help us review the information, sharing the site in their social networks and update the records as they changed.

Anyone could update any record on this website, we weren't the owners of the information, we just made it available in a centralized way. 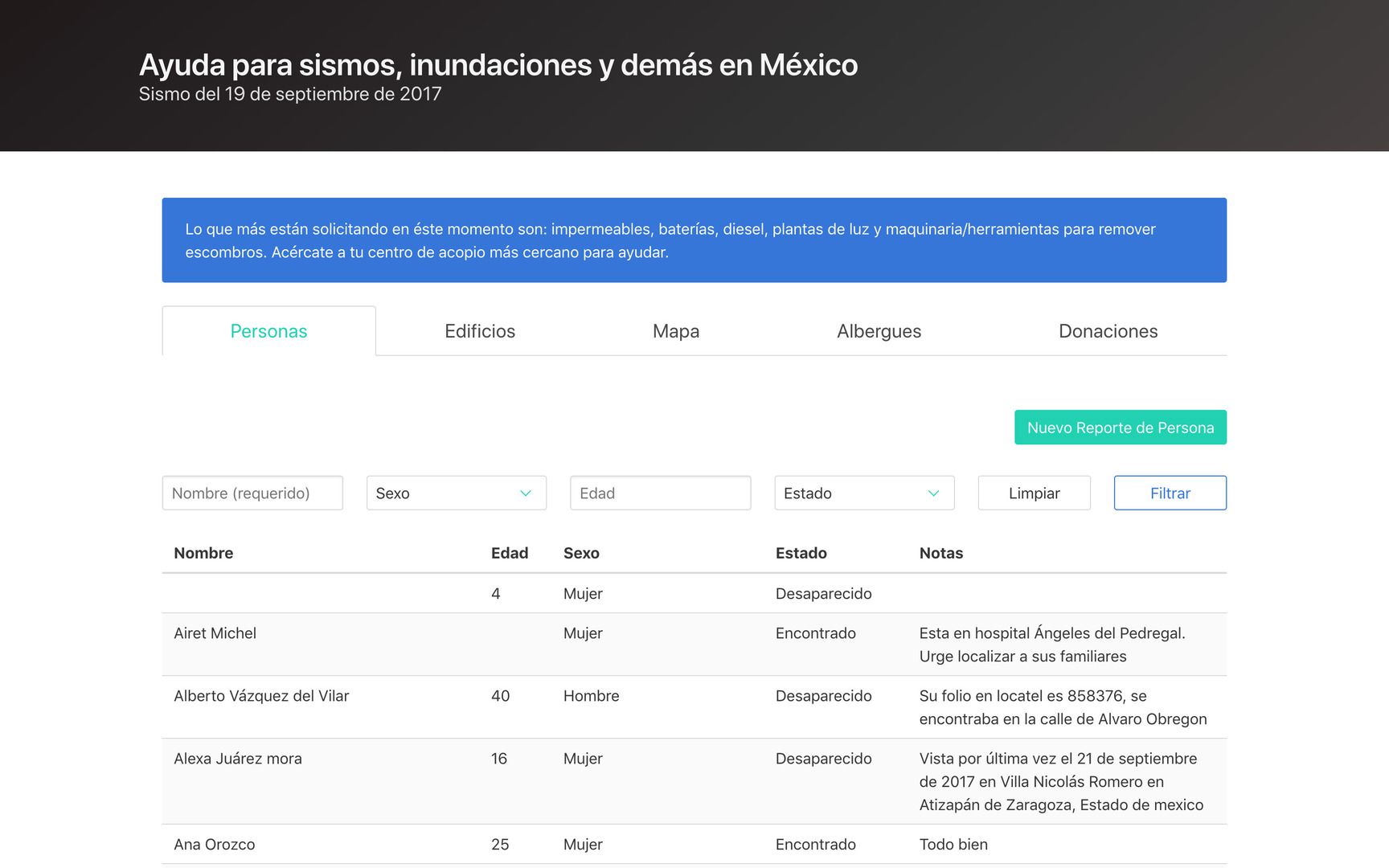 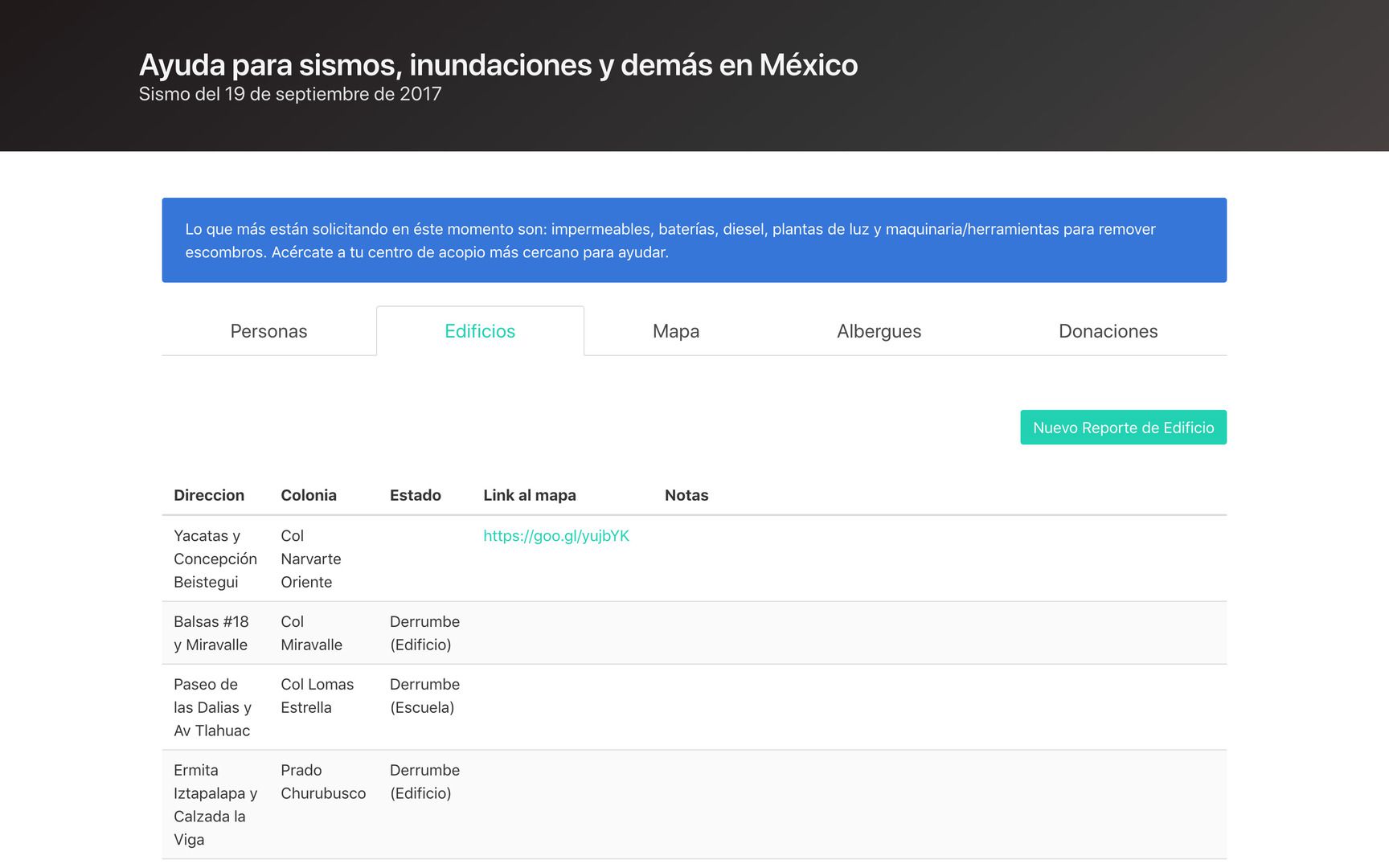 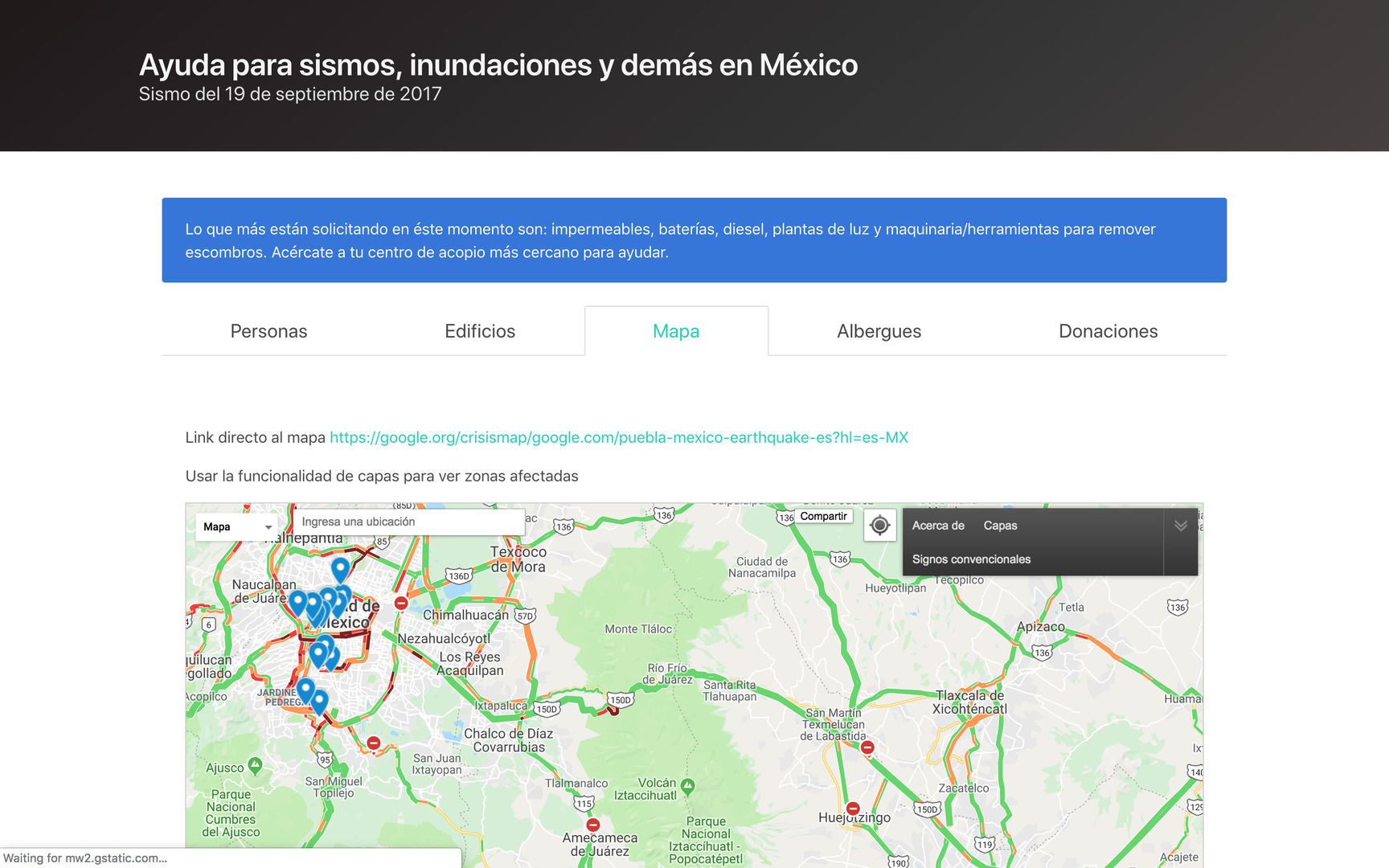 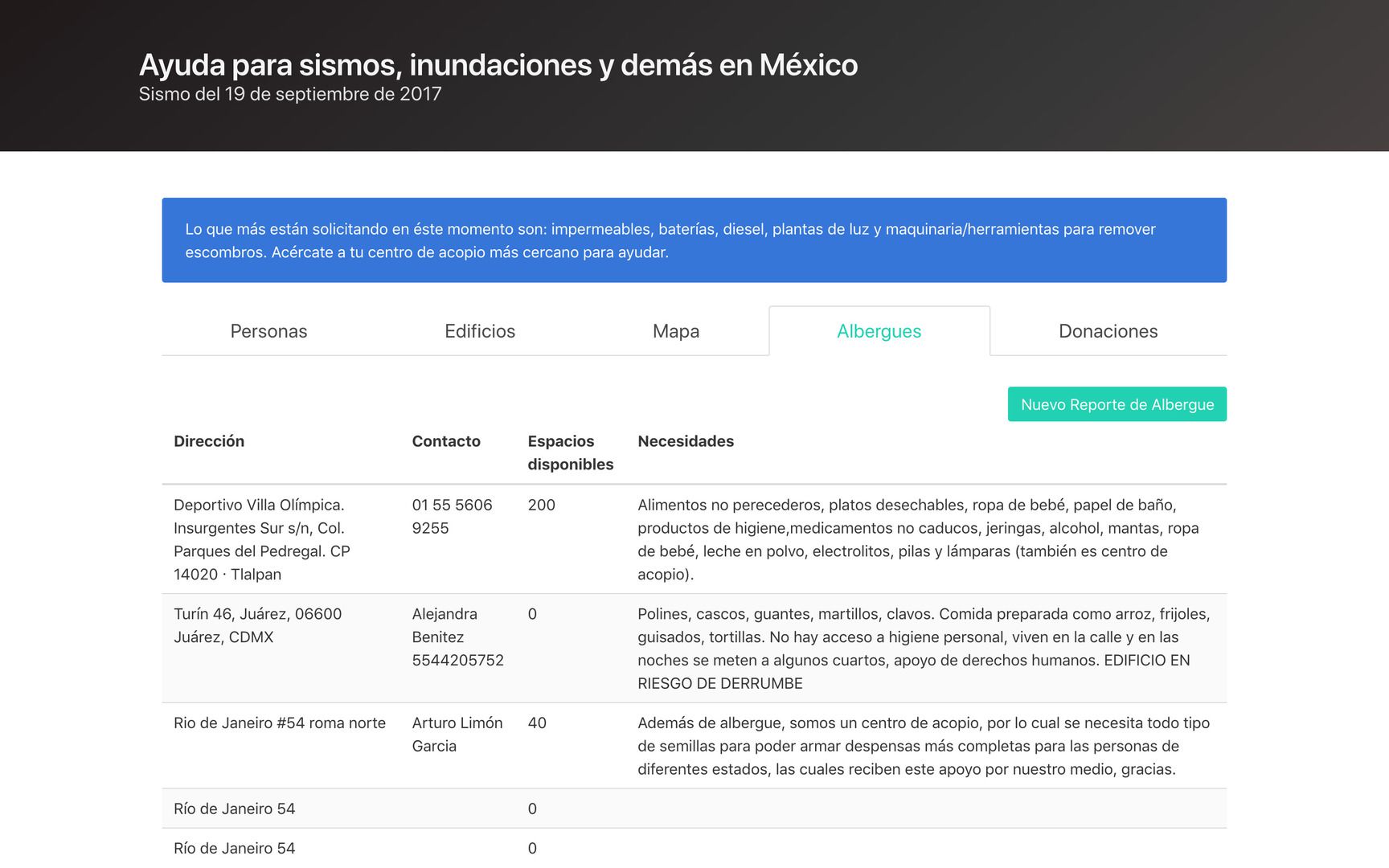 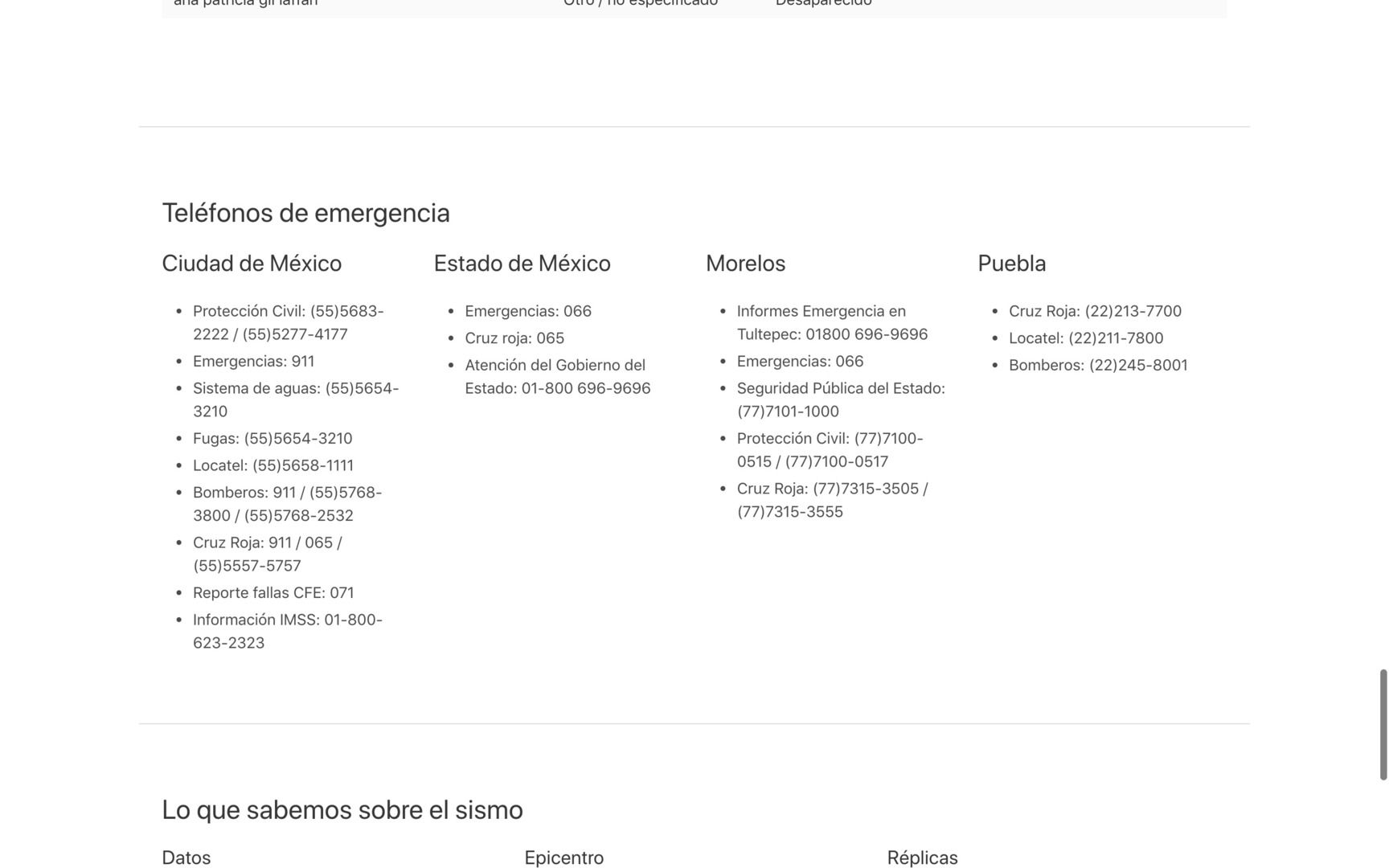 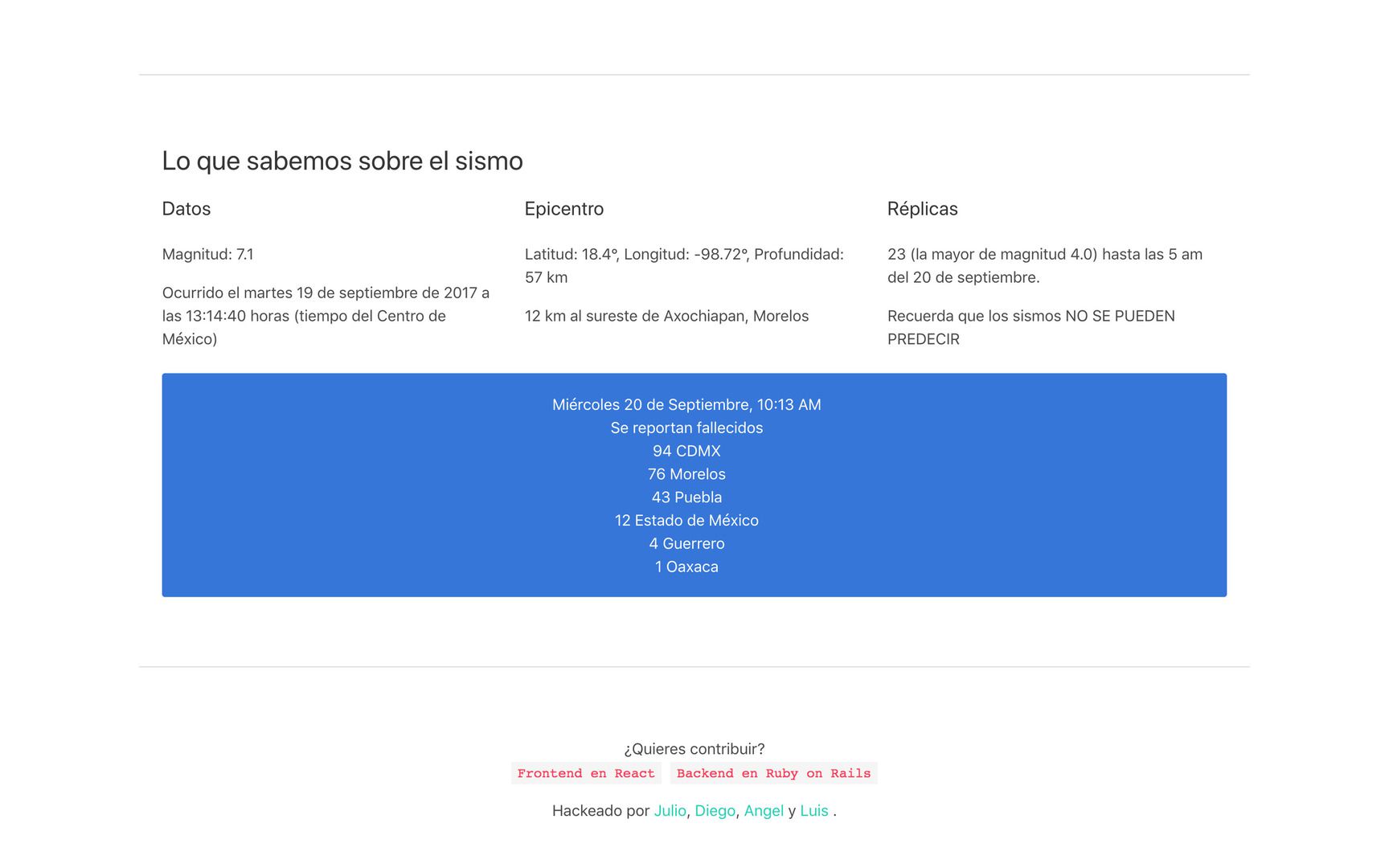 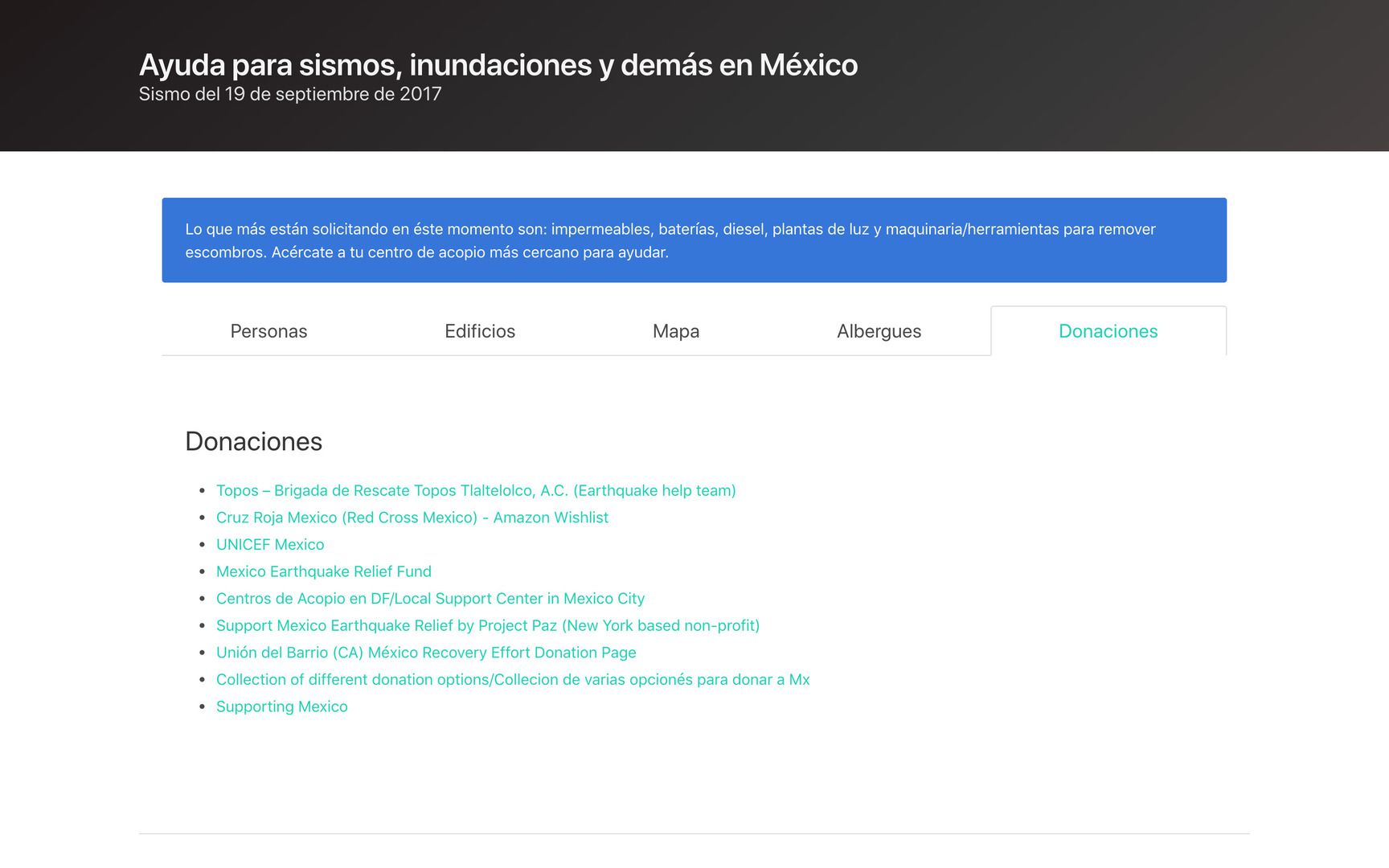 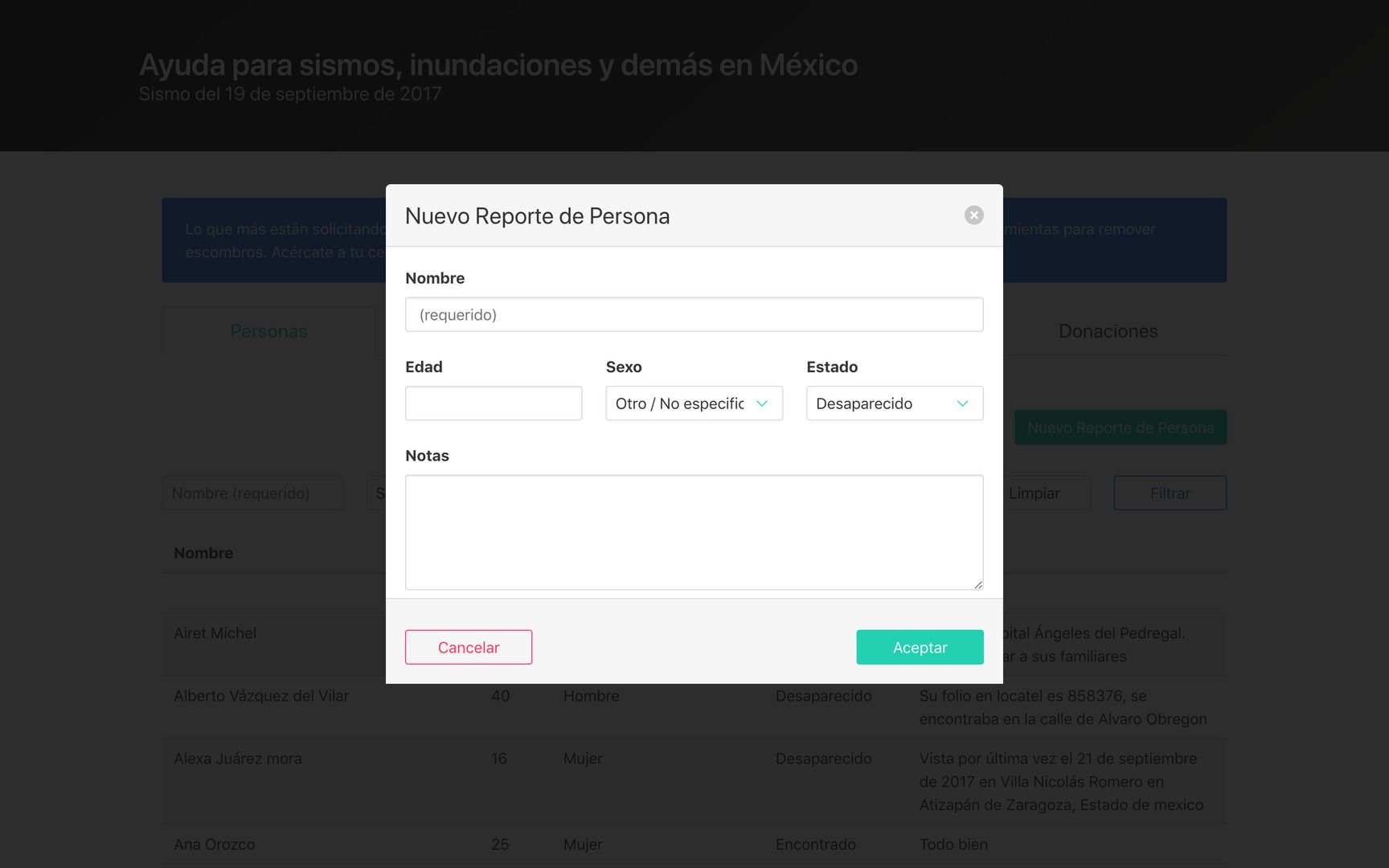 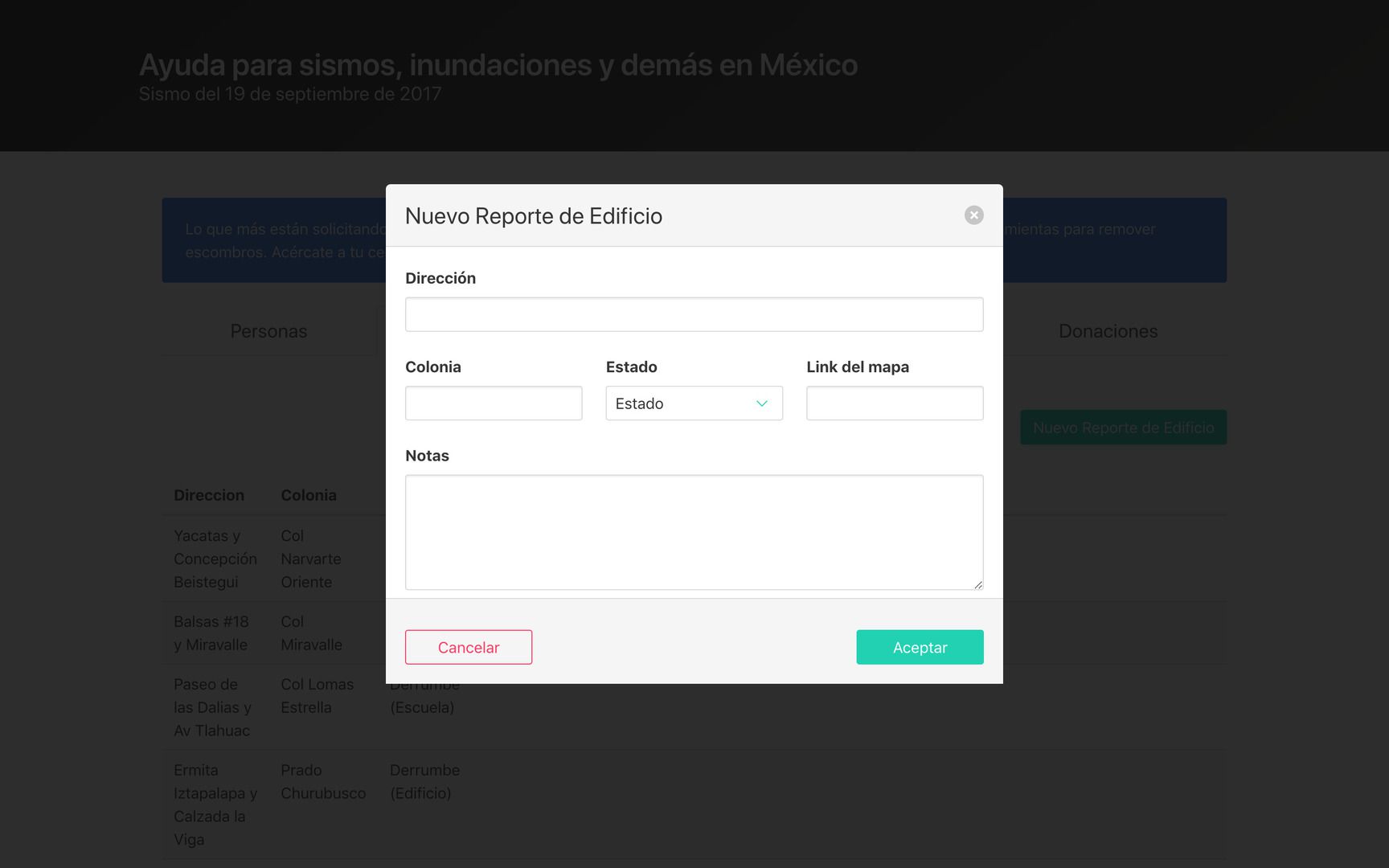 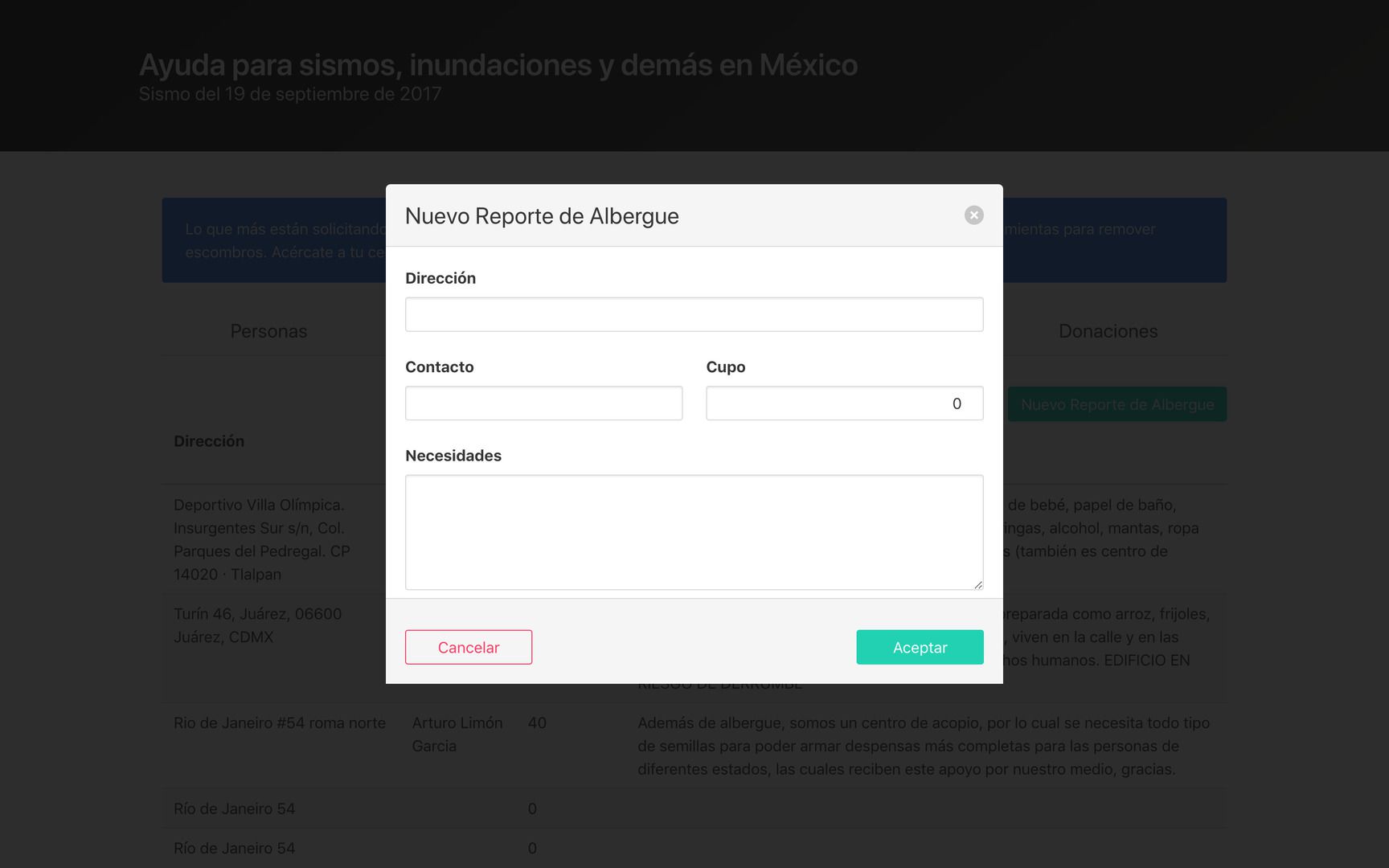